Derek Stokes enjoyed a fruitful five-year spell at Leeds Road between 1960 and 1966, scoring 69 goals in 170 games. He finished as top scorer four years running and his time at Town came in between two spells at Bradford City. Stokes passed away last month at the age of 82.

Derek Stokes (Heritage Number 379) had a spell at Bolton Wanderers as an amateur before signing with local side Snydale Road Athletic. He then joined Bradford City in 1956 while he was working as a British Railways telegraph linesman, turning professional in 1957 and making his debut during the 1957-58 season.

That debut, which came on his 18th birthday, was a dream start as he scored both goals in a 2-2 draw with Crewe Alexandra. Stokes began his professional career as an outside-left but eventually moved to centre-forward, which was when his goal scoring started to hit another level. During his first spell at Valley Parade, Stokes hit 55 goals in 106 games, which included a record of scoring in eight consecutive matches (where he scored 14 goals)—a feat that was later equalled by Nahki Wells in the 2010s.

In June 1960, Stokes transferred to Town for a fee of £25,000 in a deal that also saw forward Stan Howard go in the opposite direction. At the time of his transfer, Stokes was doing national service with the RAF and was stationed at Bridgnorth, near Wolverhampton. In what was Eddie Boot’s first full season in charge, Stokes immediately made his mark, scoring on his debut in a 1-1 draw with Luton Town at Leeds Road. He continued in this vein, scoring eight goals in the first 10 games of the season.

Despite finishing 6th during the previous season (1959-60), Town failed to put any sort of run together as the season went on and won just five games up to Christmas. An eight-match winless run saw them drop to 21st in the table and relegation started to look like a real possibility. Although a four-match unbeaten run after Christmas lifted them out of immediate danger, Town flirted with relegation for the rest of the season. They finished just two points off the drop in 20th place. Stokes ended the season with 18 goals in 38 games in all competitions, finishing the season as top scorer.

Thankfully, the 1961-62 season was a vast improvement. Boot’s men had a good start, at one point sitting 3rd in the table. The good start wasn’t sustained and as the season progressed, Town dropped and spent much of it in mid-table. Their form picked up towards the end and they eventually finished in 7th position. Stokes missed just five league games, scoring 14 in 38 games, finishing top scorer for the second season running. 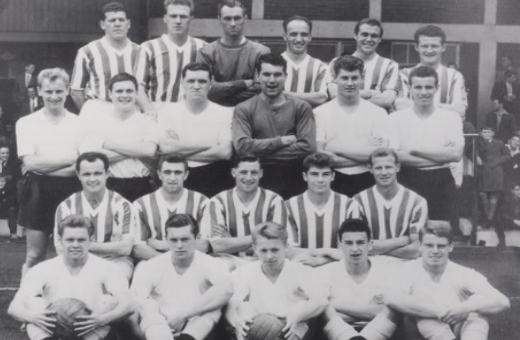 For 1962-63, the Town faithful would have been forgiven for thinking promotion was a real possibility when they went 13 games unbeaten at the start of the season, which saw them firmly planted in 1st place in October. After a bad run of form from then until Christmas, Town finished the year in 7th. They wouldn’t play another game from then until March as the Big Freeze of 1963 saw football suspended completely. When the season resumed in March, Town had to play 15 games in 49 days to complete the season and with just two games to go, they were 4th. Town eventually finished 6th, just four points off Chelsea, who achieved automatic promotion. Stokes finished the season once again as the top scorer, with 19 goals in 36 games in all competitions.

It was during the 1962-63 season that Stokes came to the attention of the England under 23s side. He would go on to score two goals in four games for his country during that season.

The 1963-64 season was ultimately a disappointment for Town, especially after being so close to automatic promotion the previous season. It was a season where Town never really got going, spending most of it in the lower half of the table. Boot’s side eventually finished 12th in Division Two. Stokes finished the season as the club’s top scorer once again with 16 goals in 40 games in all competitions.

Although he played in the first game of the 1964-65 season, Stokes was barely involved for much of the season, due to new signing Tony Leighton taking his place. After just four games, the club were thrown into turmoil when Boot decided to resign. Head coach Ian Greaves took caretaker charge before Tom Johnston replaced him in October 1964. After struggling during the early months, Town were in the drop zone in January 1965. A massive turnaround in the second half of the season saw Town finished 12th. Stokes managed 3 goals in 13 games.

When the 1965-66 season began, Stokes failed to regain his place in the first team and made just two appearances, both in the League Cup against Bury and Preston North End, respectively. He asked to be placed on the transfer list in November 1965. Although there was interest from York City a month later, Town’s asking price of £12,000 was too much for the Minstermen. Stokes eventually left the club in January 1966, transferring to Bradford City in a straight swap with centre-half Roy Ellam.

His second spell at Valley Parade wasn’t as fruitful as the first but he still managed to score another 11 goals in 32 games before he was loaned out to Irish side Dundalk in the winter of 1966.

As had become a habit over his career, Stokes scored on his debut for Dundalk, bagging two goals against Waterford and went one better in the following game, where he scored a hat-trick. He was soon transferred to Dundalk permanently for a fee of £1,500 and he helped the club to win the league and cup double at the end of the 1966-67 season. Stokes had netted 17 times in a season where Dundalk scored 111. 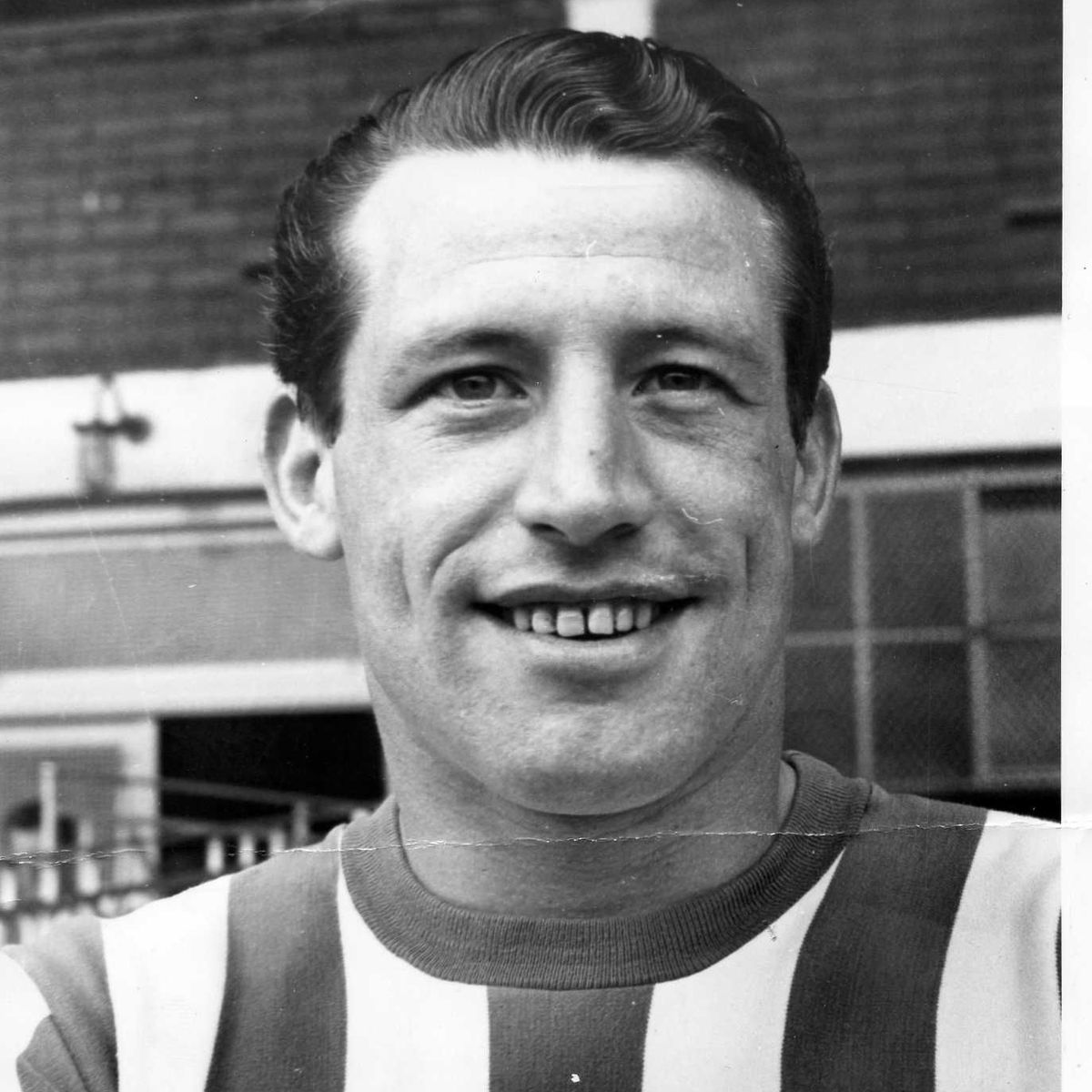 Stokes continued to find the back of the net in the following season, bagging 10 goals in 37. This was bettered during the 1968-69 season, where he scored 27 in 43, which included the two-legged European Fairs Cup win over DOS Utrecht. Stokes scored a goal in each leg. He also scored a brace in the Dublin City Cup final in which Dundalk triumphed over Shamrock Rovers and won the Player of the Year award that season.

He left the club in 1970 and spent a short time at Drogheda United before hanging up his boots, soon returning to England to take up work as a golf club steward. Over the years he ran Woodhall Hills GC and Calverley GC in Leeds and then Ormskirk GC in Liverpool. He later took on the New Vic pub in Bolton Woods, Bradford.

Away from football and work, Stokes was a keen golfer and adept at playing snooker and tennis, too. He was also an enthusiastic singer and wasn’t afraid of belting out the hits, with Englebert Humperdinck and Frank Sinatra among his favourites.

Stokes is fondly recalled by his first club Bradford City and is probably best remembered for his two spells at Valley Parade. His time at Town is often overlooked, despite finishing top scorer in each of his four full seasons at Leeds Road. He clearly knew where the back of the net was and finishing top scorer in those seasons was even more of an achievement when you realise players like Les Massie and Kevin McHale were in the same side. As it stands, Stokes is 11th in Town’s top scorers chart with 69 goals, sitting immediately above Kevin McHale, Iwan Roberts, Marcus Stewart and Ian Robins.

Derek Stokes passed away on 24th May 2022, at the age of 82. Our thoughts and condolences go out to his sons Gary and Martin and the rest of the family at this sad time.

Photographs from the Stokes family.