Explore related resources that bring the club’s past to life. 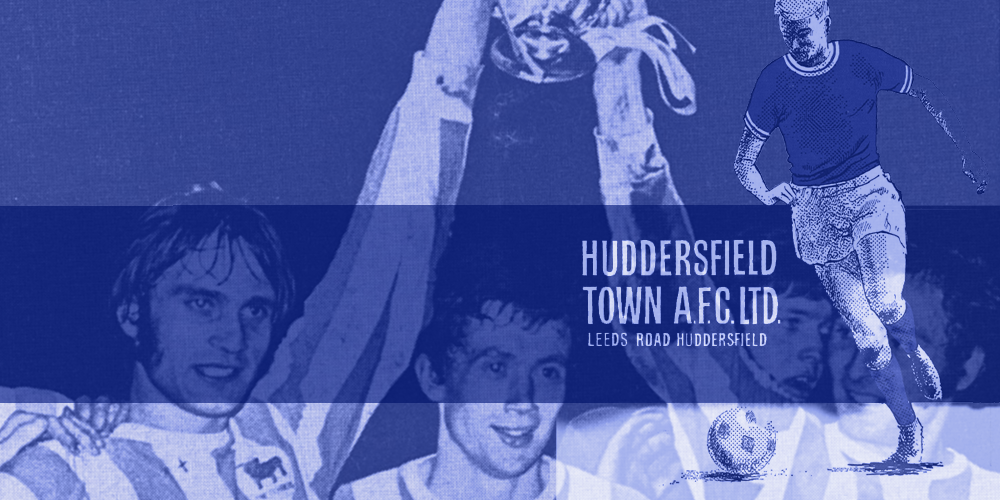 Not to do ourselves out of a job, but the history of Huddersfield Town is already well-chronicled.

Below, you’ll find a selection of resources that shed further light on the club’s past, including websites and books. If you think we've made an omission, send us an email via heritage[at]htsa-web.com and we'll be sure to correct it.

And He Takes That Chance

And He Takes That Chance started off as a podcast in 2018, but has grown to encompass video, editorials, and much of the other trappings of modern fan media. Contributors often discuss Town’s heritage, while their YouTube channel contains a series of interviews with former players

Town’s website includes a history section that lists the club’s honours on and off the pitch, as well as a YouTube version of the Centenary DVD.

Town’s YouTube channel has a fair amount of historical content, including multiple episodes of the wonderful ‘Boothy’s Beer and Banter’.

Peter O'Toole is a renowned freelance illustrator, graphic designer, and Town fan. He has worked with the club on a number of projects in recent years, from clap banner designs and kit launches to branded mugs and t-shirts.

Curated by collector and author Roger Pashby, The Huddersfield Town Collection is the best source of club-related memorabilia on the internet. It includes everything from cigarette cards and photographs to fanzines and matchday tickets. For those interested in starting their own collections, the website also houses a ‘For Sale’ section.

Martin Sykes’ match reports have been entertaining fans since September 2015. Concise and honest, they provide a unique insight into the highs and lows of the past six or so years. And they’re very funny, even when detailing a 5-2 away loss to Blackburn Rovers.

Written by four of the club’s most noted historians, 99 Years and Counting is filled with statistics, from results and league tables to appearance and goal records. The book also includes a great deal of obscure trivia.

100 Years: All That’s Worth Knowing

Billed as a companion to 99 Years and Counting, this mighty tome is an equally interesting narrative account of the club’s history.

Rob Stewart tells the “inspirational story of Huddersfield Town’s record-breaking 1979-1980 season’, when Mick Buxton’s men clinched the Division 4 title in spectacular fashion. The book is based on extensive interviews with the players, their partners, and fans. Dean Hoyle also provided the foreword.

Published in the centenary year, Straughan’s book is a straightforward directory of Town’s most beloved players, “as voted for by the club’s fans.”

Penned by then club secretary George S. Binns, 75 Years On is a season-by-season account of Town’s fortunes on and off the field from 1908 to 1983. The book is crammed with photographs, press-clippings, and statistics.

A Complete Record is a compendium of sorts. It tells the story of the club in chronological order, with biographies and statistics interspersed throughout. The book also includes a foreword written by former Town outside left, Vic Metcalfe.

Jim Brown’s comprehensive account of the ‘Thrice Champions’ period is a must read, particularly with so many centenary dates approaching.

Packed full of Town-related trivia, facts, and statistics, the author’s 127th book on football is probably his best. We say ‘probably’ because none of his previous or subsequent efforts cover Huddersfield’s finest.

Moment in Time commemorates Town’s return to the topflight of English football in 2017. It contains over 200 images from the 2017/18 Premier League campaign together with comments from then chairman Dean Hoyle.

Where Are They Now?

Where Are They Now? includes a biography of every player who ever played for Town. The blurb says: “Re-live memories of all your favourite stars of yesteryear in this fascinating insight into life after Town.”