Huddersfield Town are the twentieth most successful team in English football history, having won the First Division in 1924, 1925, and 1926, and the F.A. Cup and Charity Shield in 1922.

The Charity Shield in Context

Today (10th May) marks the centenary of Town’s Charity Shield triumph. Back then, the shield was rather different to the current version. Indeed, it was played at the conclusion of the season, not the beginning. And 1922 was just the second occasion that pitted the topflight champions against the F.A. Cup winners—other formats included the First Division champions playing the Southern League champions and an Amateur XI versus a Professional XI.

On the day, Town played Liverpool, who had just won their third league title. The game took place at Old Trafford (18:00 kick-off) in front of a modest crowd of 10,000. Town secretary-manager Herbert Chapman named an unchanged side from the cup final, in which Town had beaten Preston North End 1-0. Sandy Mutch started in goal. James Wood and Sam Wadsworth made up the defence. Club captain Tom Wilson played at centre half, with Billy Watson to his left and Charlie Slade to his right. George Richardson and Billy Smith took up the outside-right and outside-left positions, respectively. Clem Stephenson was at insight-left, Frank Mann was at inside-right, and Ernie Islip started up front.

Liverpool also named a strong side: Elisha Scott was between the sticks, behind Ephraim Longworth and Donald McKinlay. Jock McNab, Walter Wadsworth, and Tom Bromilow were in midfield. The forwards were Bill Lacey, Dick Forshaw, Harry Chambers, Harry Beadles, and Fred Hopkin. The Reds were strong favourites going into the fixture, not just because they had finished first to Town’s fourteenth in the league, but because they had convincingly defeated Town twice during the season—2-0 at Anfield and 1-0 at Leeds Road.

Much like the public, the press showed little interest in the contest. Those who did turn up with pen and paper in hand agreed that both sides played fast, attractive football and avoided “robust play”. Several newspapers, including the Nottingham Journal, made a point of praising such endeavour “considering the warm weather”—odd, since the Meteorological Office’s ‘Daily Weather Report’ recorded an evening temperature of 13 degree Celsius in the North West and 19 degree Celsius in London. One can only wonder how many accounts were based on second-hand reporting or, worse still, casualties to the whims of meddling editors in the capital.

Whatever the case, neither side managed to break the deadlock before the interval. During the second half, Liverpool lost their inside-left, Harry Beadles, but “continued to play pluckily”. This was in the days before substitutes, so they were forced to carry on with ten men for the rest of the game. For their part, the goalkeepers earned plaudits for keeping a “steady goal” despite the improvement in shooting from both teams. 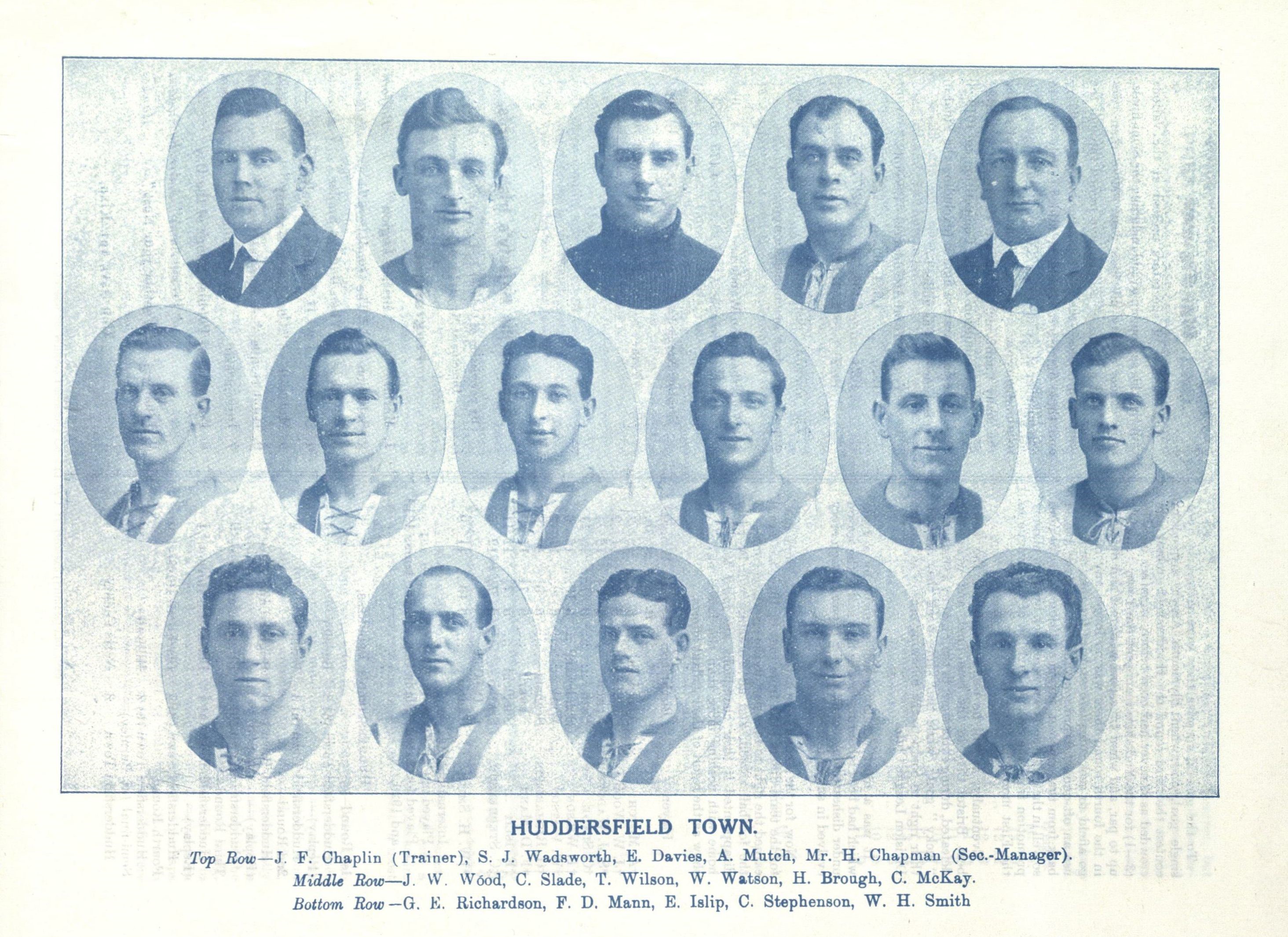 Then, with fifteen minutes left on the clock, the ball fell to Wilson after Liverpool twice failed to clear their lines. Seeing an opportunity, he “drove [it] through a crowd of defenders high into the corner of the net: a really splendid shot.” 1-0 to Town, and that is how it stayed. F.A. Chairman, and so-called “Napoleon of Football”, John C. Clegg awarded the medals.

In a short roundup published the following morning, one journalist concluded that the result was a fair one:

“Generally speaking, Huddersfield fully deserved their victory, their all-round play being superior to that of the League champions: In the second half the Yorkshiremen enjoyed a surplus of opportunities, and on one occasion they claimed confidently for a goal when Scott saved a shot from Smith at the foot of the post.”

The match marked the first Charity Shield victory of Herbert Chapman’s career. He would go on to win it a further three times while at Arsenal.

The 1921-22 season did not finish there, however. As the Daily Mirror observed on 11th May:

“Huddersfield Town…have had a most strenuous season. They have been concerned in fifty-five first team matches including nine in the English Cup. They have played in two matches this week and by beating Bradford City in the semi-final of the West Riding Cup competition have qualified to meet [Second Division] Leeds United in the final on Saturday.”

Valley Parade hosted the tie, which attracted 8,500 spectators. The Town line-up was almost the same as it had been in Salford, with the exception of John ‘Jack’ Byers taking the place of Richardson on the right wing.

Leeds started well, dominating the midfield and frustrating Town’s wide men, who struggled to create anything. According to the Athletic News, the Leeds forwards were impressive, too, repeatedly testing Mutch in the opening half. But for all their effort, and Town’s obvious fatigue, they left Bradford empty handed. The only goal came in the 53rd minute, when Islip converted a low driving cross from Smith, who had latched onto a long ball from Stephenson. Town subsequently “asserted their superiority” and finished as “the better side”. After the whistle, Wilson and his teammates were presented with their third trophy in a fortnight.

This success led to an invitation to visit Denmark at the end of the month, where Town played and beat three Copenhagen XI sides (3-1, 2-1, and 5-1), pocketing £1,000 along the way.