Town visit Hillsborough on Sunday to play third-tier side Sheffield Wednesday in the first round of the League Cup.

How have the clubs fared against one another in the past?

Town have faced the Owls on 62 occasions since their first meeting on 25th September, 1926.

The two sides have only met twice before in the League Cup. Both games occurred in the 1984-85 season as part of a two-legged Second Round clash. Town were in the Second Division at the time, managed by fan favourite Mick Buxton, while Wednesday were competing in the top-flight.

The first leg took place in South Yorkshire on Tuesday, 25th September, 1984. Unfortunately, the home team showed their superiority by putting 3 past Town keeper Brian Cox with no reply. 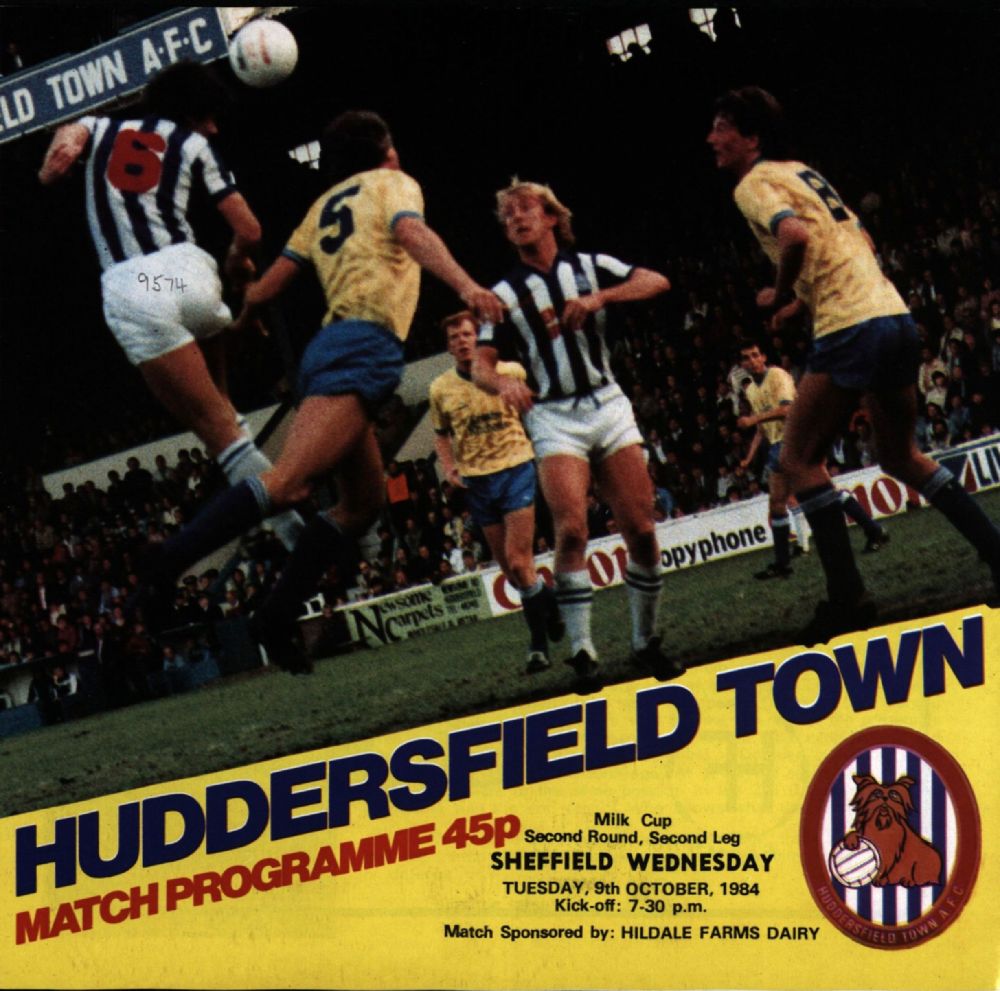 Ahead of the return fixture on Tuesday, 9th October, Town secretary George Binns’ tried to put a positive spin on the result and performance:

“What a strange game football is—a match a fortnight ago at Hillsborough produced what appeared to be an emphatic 3-0 defeat, and nothing could have been further from the truth. I can imagine the feelings of those who were not there, who I would have expected to say not good enough again.”

Binns’ sunny disposition extended to the task at hand:

“Wednesday have begun their 1st Division exploits more than satisfactorily, yet struggled a little to cope with a Town side including more than its fair share of youngsters. We did not make our pressure count, but we cannot blame our youngsters for being what they are—inexperienced. Tonight’s side, hopefully, should have a little more of that ingredient, and if the chances come our way, as they did in the first leg, there is no reason why the tie should be considered over. At 7:30 p.m. tonight a 3rd Round placing for Town should not be written off.”

Binns was half right. Town went on to win the game 2-1, courtesy of goals from defender Paul Jones and striker Mark Lillis. Although an impressive turnaround, Town still lost 4-2 on aggregate.

From 1981 to 1986, the League Cup was sponsored by the National Dairy Council, hence its moniker, the Milk Cup. This was part of a wider public relations strategy overseen by the Milk Marketing Board, which included several slightly-dodgy-but-endearing slogans aimed at publicising the virtues of the white stuff. Our favourites are, in no particular order: 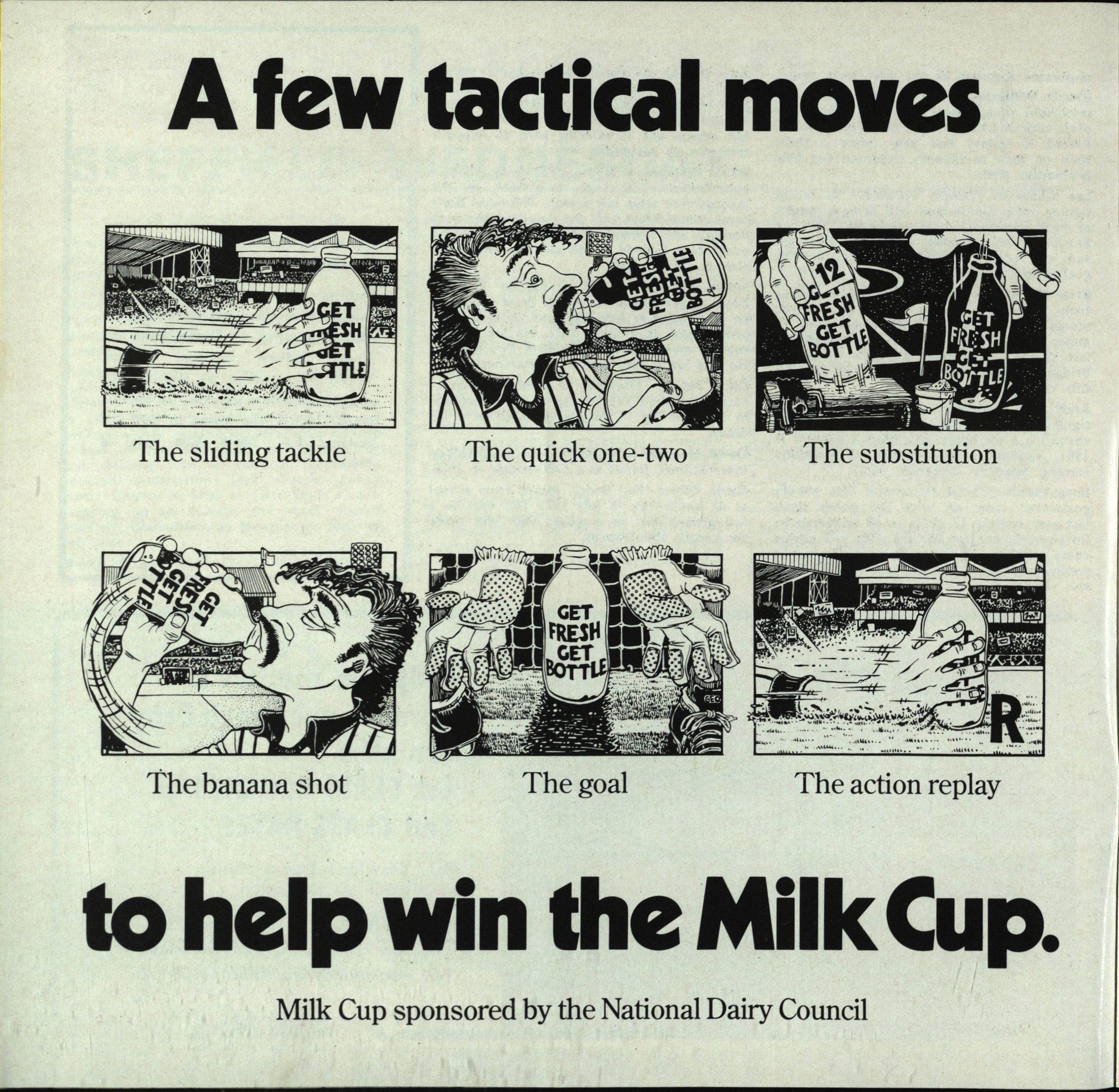 Not to be left behind, Town made their own efforts to get fans drinking Hilldale Farms Blue Top Milk: 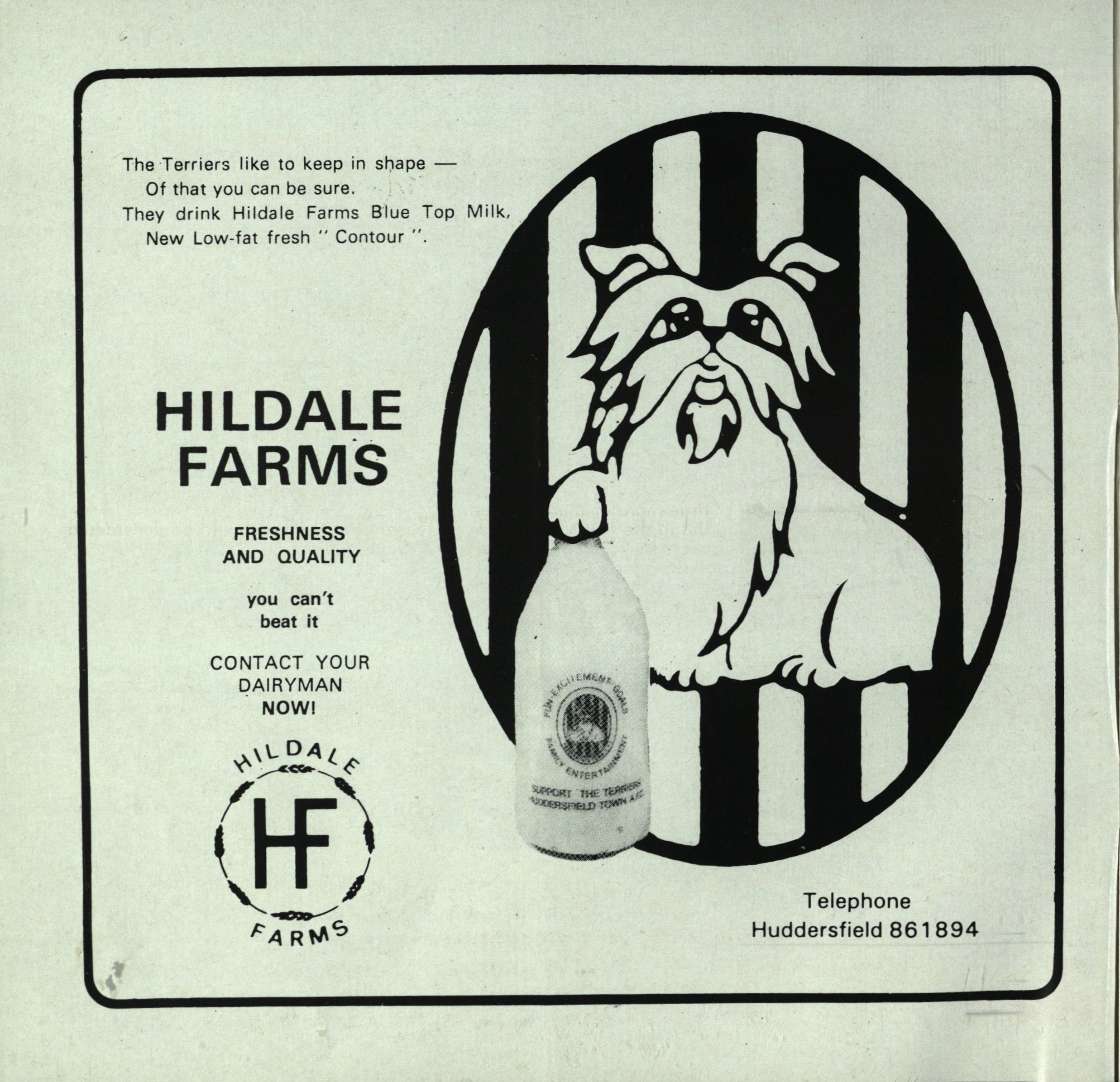 Who knows, if nothing else, maybe this website will teach energy drink companies a thing or two.