On 26th January 2020, Huddersfield Town Women played their first game at the John Smith’s Stadium—an exotic break from their usual home at the Stafflex Arena, near Storthes Hall. There was a lot of buzz around this seemingly momentous occasion, warranting a comment by the Yorkshire Post that “history has been made” and it appearing as a step towards more support for women’s football in Huddersfield. The attendance reached just over 1,000 people, which was seen as a great success—but whether this was truly history-making is open to debate.

You may never have heard of Huddersfield Atalanta—and why would you? A women’s football team from the 1920s hardly seems significant, especially when considering the cultural context of women’s perceived role in this era. However, the First World War prompted a questioning of these norms. With men away fighting at the front, women stepped into ‘men’s roles’ at home to keep the country moving, thus proving women were as capable as men—and this too applied to football. 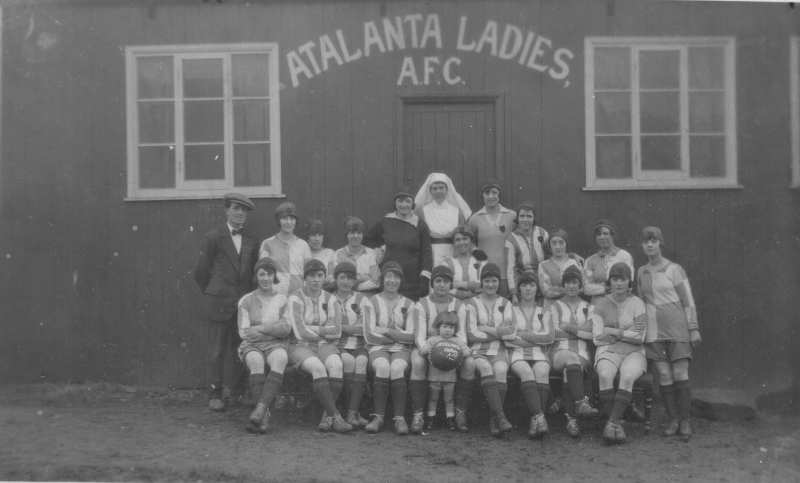 In the post-war period, women’s football became increasingly popular up and down the country, attracting similar crowds to the men’s game. Arguably, the most popular team was Dick, Kerr’s ladies, based in Preston. By 1920, the club were internationally renowned, and on Boxing Day of the same year, their game against St Helens was played in front of 53,000 spectators at Goodison Park. This was believed to be the largest attendance at any football game in England since records began.

In the 1920s, Huddersfield was home to three women’s teams: Ladies, Alexandra, and Atalanta. By all accounts, the latter was the most successful. Huddersfield Atalanta Ladies FC played their first competitive match on 25th March 1921 at Leeds Road, attracting more than 15,000 spectators, and beating Bath Ladies 1-0. In the context of the men’s team, their first recorded match attendance was 11 years prior in 1910, when they played before 7,371 spectators. In the 1920/21 season their average home attendance was just short of 23,000. In just 11 years, the men’s team had experienced significant growth—growth that Huddersfield Atalanta may also have enjoyed. 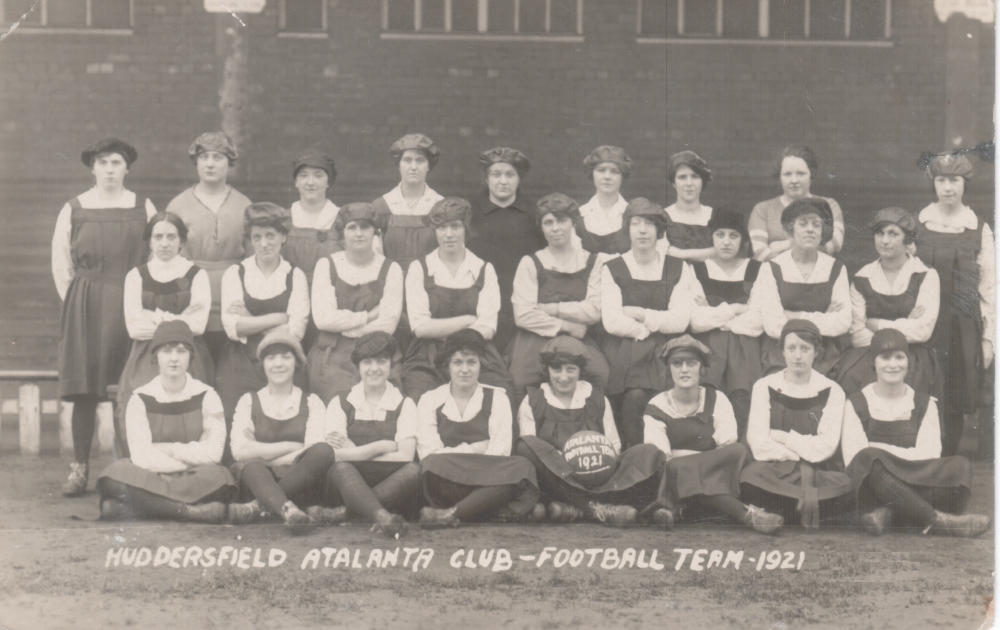 Up until the 1920s, women’s football primarily took the form of charity matches. Because these were irregular, they didn’t appear to pose any threat to the men’s game. But, as women’s football became more popular and the games more regular, the Football Association (F.A.) declared the game “quite unsuitable for females”. As such, they prohibited women’s teams playing in the same stadiums as the men’s teams. Women’s football was therefore effectively banned in 1921. While some teams continued to play on rugby grounds, and the England Ladies’ F.A. was formed for amateur teams, the ban by the F.A. proved fatal and women’s football lost much, if not all, of the support it had garnered during and after the war. Huddersfield Atalanta hobbled along until 1925, when the club finally disbanded.

It took 50 years before the ban was lifted in 1971, and women’s football is still recovering. Looking back, they had the talent, infrastructure, and support to grow the game into something big. But, with all of this lost in the process, women’s teams face an uphill battle, and being constantly compared to men’s football, which has a significant head start, doesn’t help the situation. It isn’t worth speculating what women’s football would look like now without the ban, but it is worth considering how we can help boost the game and support women’s teams.

Closer to home, Huddersfield Town Ladies were founded in 1992, and currently compete in the F.A. Women’s National League North as Huddersfield Town Women. The team has a history of success, completing the treble (league championship, League Cup, and Yorkshire Cup) in the 1993/94 season. Their first match at the John Smith’s Stadium is certainly a clear indicator of the club’s popularity and potential. 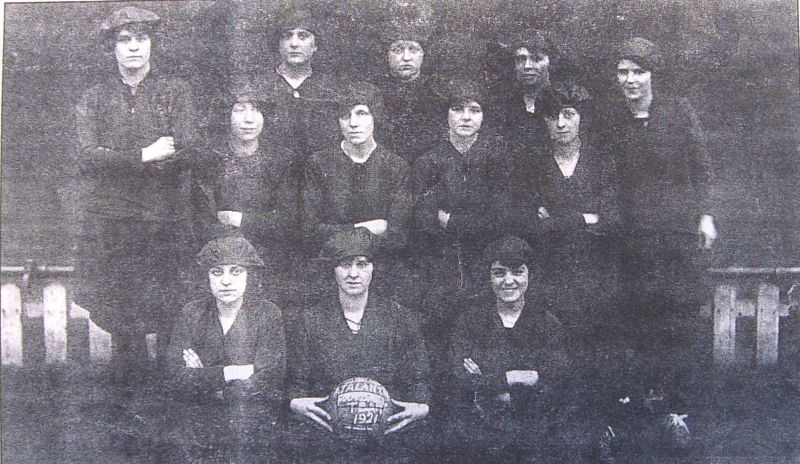 Despite historical setbacks, women’s football has experienced significant growth over the past 15 years, with more young players, female coaches, and wider support. This trend is predicted to continue, with the 2019 World Cup acting as another opportunity for expansion. The England Women’s Team (Lionesses) finished fourth and inspired 850,000 more women to sign up to play the sport in England. The F.A. are also doing more to support women’s football, after their delayed apology in 2008 for banning the game. The F.A. started paying the national teams the same wages in January 2020, and what seems like a long overdue victory for the Lionesses will undoubtedly encourage more young girls and women to take up the game.

The United States has also provided inspiration. Whilst football is a less popular men’s sport, the women’s game is thriving, with a very successful national team and a strong club competition, both of which enjoy significant support.

Despite this success, there is still much to do. The increasing number of young female players will certainly help the growth of the game, but the infrastructure, coaching staff, pay, and supporters must match this growth to ensure women’s football continues its upwards trajectory.

If you are interested in supporting Huddersfield Town Women, their website can be found here, where you can stay up to date with results, team news, and match reports. You can also help sponsor women's team players, who have to pay to play, here.