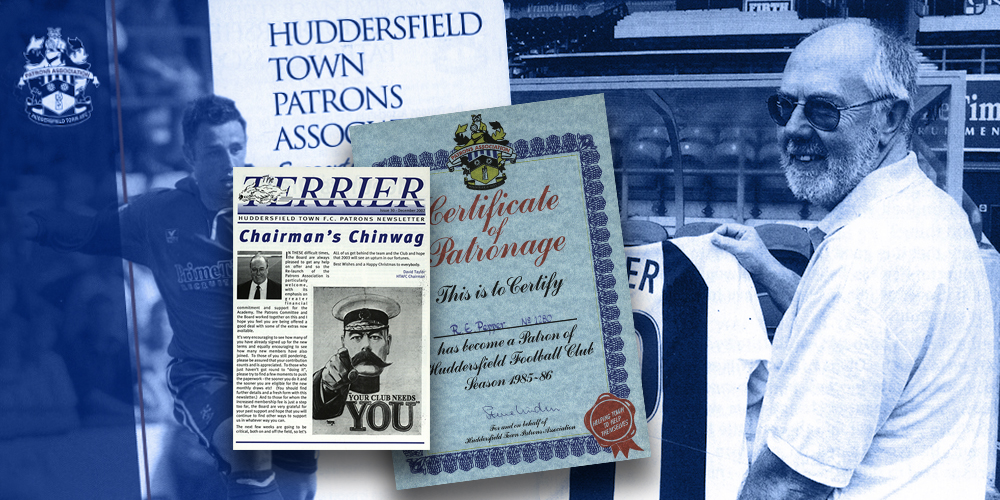 Town fans have a long history of self-organisation. This fact has been most evident during times of upheaval. Many will be familiar with the crisis of 1919, when, in one of the earliest examples of fan activism, determined locals averted a plan by then-chairman J. Hilton Crowther to move the club to Leeds. Even more will remember administration in 2003, which would have been disastrous had the Huddersfield Town Survival Trust (HTST) not made every conceivable effort to save the club.

The story of fans’ involvement in club affairs goes beyond the bad times, however. It includes decades of sustained financial support and constructive input through groups such as the Patrons Association and Huddersfield Town Supporters Association (HTSA).

This collection contains a selection of records and publications from the Patrons, HTST, and HTSA produced during the period 1985-2003, as well as two copies of the Terrier Talk newsletter from 1986.